Hey everyone! Welcome to part two of my Twilight Series binge as we sprint to the Upcoming release of Midnight Sun!

Just as an FYI these reviews are completely filled with spoilers 🙂 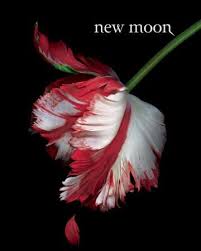 The synopsis of this book is the following (all my synopsis are pulled from Goodreads :]) : “FOR BELLA SWAN THERE IS ONE THING more important than life itself: Edward Cullen. But being in love with a vampire is even more dangerous than Bella could ever have imagined. Edward has already rescued Bella from the clutches of one evil vampire, but now, as their daring relationship threatens all that is near and dear to them, they realize their troubles may be just beginning….”

…. So listen guys. This book was a bit hard to absorb at times, lol but let me tell you, this synopsis does NOT give you any hints or ideas to what on earth actually happened in the book. Just a quick warning, I wrote a lot about this book, and its just because I have a lot of opinions. Grab some tea and a snack, this post is the longest yet. I am giving a long in-depth summary so please bare with me.

So quick refresher, we end Twilight with the conclusion of the death of James, and Bella almost being turned into a vampire but due to Edwards mental strength, he was able to suck out the venom and save her life (uwu so romantic wow LOL)

Now we start New Moon celebrating Bella’s birthday.  and her being completely in shambles because shes now technically older than Edward.

She is already at the point where she wants to spend the rest of her existence being with Edward and wanting to be turned to a vampire, however Edward is against it. He is very adamant that her being a human is something she should value, once you are turned, you can never go back and he wants her to know he will love her even if she continues to age.

Shes very adamant she doesn’t want to celebrate her birthday since in her eyes its a day of mourning (lol. yikes) making the entire evening of events is a tad bit off. One of the things Bella wants to do for her special day is watch Romeo and Juliet, which is fine of course, but during the movie Edward turned a bit dark.. Bella was crying when Juliet found the dead Romeo and the conversation goes like this:

“I’ll admit, I do sort of envy him here,” Edward said, drying the tears with a lock of my hair

He made a disgusted sound. “I don’t envy I’m the girl- the ease of the suicide,” he clarified ina teasing tone. “You humans have it so easy! All you do is have to throw down one tiny vial of plant extracts. . . .”

I literally gasped at this scene! I was like YO EDWARD PLS CHILL OUT. I get that Bella isn’t happy with her birthday but also is this where you wanted to take the conversation? This leads into a conversation of how Vampires would try to kill themselves and it didn’t work and we get our first look into who the Volturi are. This entire part was.. Weird since right after this we are taken to the scene where Bella is celebrating her birthday at the Cullens.

During the party, while opening up her presents she ends up getting a paper cut setting Jasper off causing another almost moment of death for Bella.

This combined with what happened in Twilight with James is sending Edward a bit over the edge, which causes us to the next plot point. The breakup.

After the fiasco at the cullens house, he decides that he and Bella cannot stay together, being with him isn’t safe, so what he decides to do is one, convince his family to leave (they were already looking to old for their ages as it is, so peak timing) and then break up with Bella and leaver her behind so she can enjoy her human life and move on.

After dumping her in the woods she ends up laying there, exasperated and confused, she thought Edward was her soulmate but now he’s left her behind. This sends Bella into a serious long bout of depression and journey of what seems to be never-ending nightmares.

After a few months of being extremely anti-social and depressed, Charlie, Bella’s father threatens to send her to her mothers which she refuses and try to start living in this new normal.

This “new” normal includes her being reckless.  This is where things get weird. Whenever she is in a state of danger, Edward “appears” as a hallucination so she keeps craving activities that put her into danger so she can get a glimpse of her ex-lover and listen. If anyone of my friends TOLD ME they were experiencing this, I would immediately recommend they get help. This ends up sparking a rekindled friendship with her and Jacob.

I will have to say, Bella and Jacobs dialogue has to be the best part of the book. She’s starting to be “normal” and they are hanging out and we get to know about the lore of the werewolf but Bella ends up doing what she does best, ruin everything.

Her initial motive to reach out to Jake was bad to begin with, she wanted him to fix up some old motorcycles so she could ride them( you know so she can get near death and see Edward again?  *insert eye roll) but it turns out to be a good thing for Bella, shes getting out of the house, and almost starting to get distracted from the breakup, that is until the decides to go cliff diving.

Cliff diving is something werewolf do all the time, all for the thrill, so Bella sees this as the perfect opportunity to feel the thrill and see Edward so she jumps. Off a damn cliff into the water and almost dies. Luckly Jacob was there to save the day, and ended up taking her home.

Once home they see the Cullens car in the driveway. Bella rushes inside to find none other Alice Cullen, who was thrown off by seeing Bella, alive..

Since Alice can see the future, she saw Bella cliff dive but she didn’t see her come up, so thinking she died she came to see Charlie. Fun fact, Alice cannot see werewolves, so she didn’t see Bella get saved by Jacob thus her appearance.

Bella consoles her, letting her know what is going on, while Jacob is on edge, he is ready to kill Alice (the whole vampire v.s werewolf mortal enemy thing Meyer is really pushing this here lol) and the phone rings. Jacob answered and tells the caller that Charlie is at a funeral. (one of Charlie friends had a heart attack, there is so much going on in this one fucking book bare with me we are over a thousand words in and we haven’t even gotten to the climax -_-) WHOOPS caller is Edward. Edward thinks Bella is dead, so he is now determined to have the Volturi take his life and Alice gets a vision seeing this.

Before she departs Jacob is begging her to stay, telling him to chose him instead of Edward and for a moment Bella considers it (meanwhile she is 18 and he is 16 but I digress) then turns him down pretty harshly leaving Jacob sad and alone.

So this quick reunion between Alice and Bella turns into an Edward rescue mission. Task at hand? Stop Edward from essentially killing himself. When they arrive in the heart of Volterra Italy, home of the Volturi, and they end up stopping him. Yay… whoop de doo.

The three of them actually get called to see the Volturi before they leave and Aro the leader of Volturi is very interested in Bella, it seems that none of there vampire powers work on her. This conversation ends with Aro stating Bella must become a vampire, if not now, then Edward and the Cullens will have to do it. Edward agrees to this and then they leave.

So AFTER this moment Bella and Edward finally talk and I think this is where I actually lost it.

If I could describe Edward Cullen in one word it would be toxic. I saw this trait in him in Twilight but in New Moon its very much at the surface. While they are reconciling their feelings he had the nerve…. THE NERVE to get upset with Bella because when he broke up with her and told her he DID NOT LOVE HER ANY MORE she believed him. He is mad that SHE BELIEVED HIM.

I am not sure if you have ever been dumped but if someone tells me they do not have feelings for me, then proceeds to LEAVE ME why would I doubt them? This is such a toxic paring like OH MY GOD. I was so upset reading this conversation which leads to HIM PROPOSING TO HER and them being back together and in love.

Oh yeah, I forgot to mention. Victoria, James lover? She’s alive, but it was kind of put on the back burner in this story.

If you somehow made it this far in this rant, bless you. bless your heart and soul.

I gave this book 2.5/5 stars. I just… felt like, this was some weirdly bad retelling of Romeo and Juliet with a dash of Bella dealing with mental illness that Meyer is pretending is okay since she’s going through a break up then to top it off we have the history of werewolves.

I know what you are thinking, that paragraph made no sense. Neither did this book. I think I have ranted long enough.

I am taking a couple of weeks off this series before I pick up eclipse, I just…. Need to clear my mind of this clusterfuck of a book.

I love you all, and I can say (which I don’t say this often) the movie was better. Oof.

What I am currently reading